The Brexit Blog By CARNE 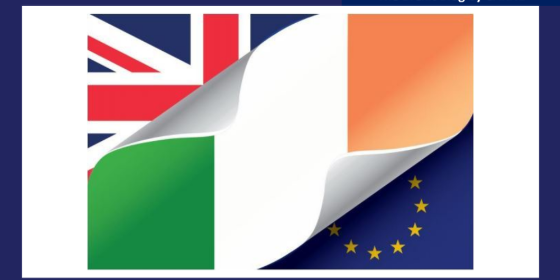 With Theresa May’s Brexit deal facing probable defeat in Westminster next week, its time to consider the various scenarios that may follow.  We will now catch up on where the negotiations are and look at some positive soundings from the Central Bank of Ireland (CBI) that should lessen the blow of a potential hard Brexit.

Last Tuesday saw a significant development: Parliament gave itself the ability to decide on the UK’s “plan B” if, as expected, it rejects May’s divorce agreement with the EU on Tuesday. Although this is the most likely outcome, it is not the only one. Below are just some of the possibilities.

There is still the prospect of a hard Brexit, whereby the UK gives up full access to the single market and full access of the customs union along with the EU. Recent comments from the CBI are very welcome in this context, especially from the point of view of managers concerned about how they may continue to manage funds from their UK bases.

As discussed in a previous post, in the event of a hard Brexit, it is likely that a memorandum of understanding (MoU) will be needed between the FCA and the regulator of each remaining EU Member State to enable the delegation of investment management back to a manager based in the UK. Confidence can be taken from recent comments from the CBI, to the effect that ESMA and the FCA are continuing to work together to put in place an MoU template that will work for all Member States, that the CBI is “highly, highly unlikely” to diverge from this and that “industry should be very confident the MoU will being place by March”.

However, the CBI did sound a note of caution with respect to applications to establish a management entity in Ireland. While the MoU will permit portfolio management to continue to be delegated to your UK entity, you will still have to have an Irish or EU 27 operation in order to manage Irish funds. The CBI has undertaken a lot of engagement with UK managers in recent months and is strongly encouraging managers to engage with it early, with only four months remaining and plenty of work to do, including obtaining authorisation, arranging office space and staff and repapering clients.

Further, when setting up a new management entity in Ireland, the CBI has stated that although “dual-hatting” (i.e. having staff working for both the UK entity and the new Irish entity) will be permitted, not all staff can be dual-hatted and there must be sufficient staff in the Irish entity to oversee its own operations.