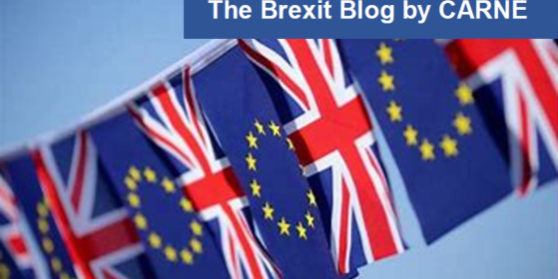 Could it be? Have we finally found a way for UK managers to access to the EU post-Brexit? Let’s resume our coverage of the negotiations and find out.

So close, yet so far…

Yesterday we woke to reports that the UK and the EU had finally reached a deal (albeit “tentative”) on how financial service companies, including asset managers, would access European markets after Brexit. It would be based on “equivalence” – remember that?

“Equivalence” is the bloc’s financial market access system under which Brussels grants access to third-country financial service companies if the rules of their home state converge with those of the EU. Although it would represent a significant downgrade from the current “passporting” rights enjoyed, it is widely thought to be Britain’s best bet, hence the excitement.

Despite the positive soundings, both sides have poured cold water on the reports and any such deal would not become legal until a final trade deal is signed which, let’s face it, could take years. A UK government spokesperson put us back in our place: “While we continue to make good progress agreeing new arrangements for financial services, negotiations are ongoing and nothing is agreed until everything is agreed”.

Many asset managers have grown wary of hanging around for a workable solution to arrive and with just five months left before the UK’s departure, who could blame them? We are seeing large numbers reorganising their UK operations, setting up new European hubs and beginning to move staff and operations to ensure they can continue to serve continental clients. To turn up the pressure even further, EU regulators have made it clear they expect institutions to establish full-scale, standalone operations inside the bloc, staffed by significant numbers, as soon as possible.